Occupied: Vienna is a Broken Man and Daughter of Hunger

Kika Dorsey’s Occupied: Vienna is a Broken Man and Daughter of Hunger explores postwar Austria and Germany and the legacy she has inherited from her Austrian mother. Set both in Europe and the United States, Dorsey creates portraits of fictional characters from the past and her family in the present. Ultimately, it is a story of ancestry and the history we inherit, of memory as her mother with Alzheimer’s lost it, and the hunger that is both literal and metaphorical in her verse. (Pinyon Publishing, 2020) 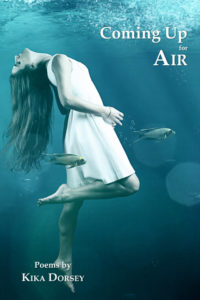 The poems of Coming Up for Air transport the reader from poems about Dorsey’s own life or reflections on everything from the Bible to the Maya numerical system, to surreal poems in which forms such as the haibun are explored, to travel poems, where the reader journeys everywhere from Indonesia to Austria, and finally to a section of tender love poems. From the ashes of Rust, Dorsey rises, and although the content of the book is not entirely redemptive, and–as is always the case in her writing–shadows, death and dream weave through its fabric, the crescendo of love poems in the end bring us to a transcendence and leave the reader with an open eye to what we dream, and what we hold dear. 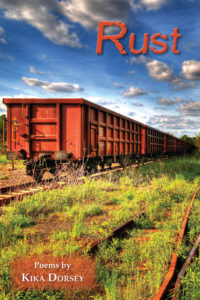 Rust
Word Tech Editions, 2016 – Buy
The poems of Rust are sensory explorations into grief and ecstasy, rife with mythology and a surreal landscape of dream. Taking the reader through the seasons, Rust explores the gradual loss of a mother to Alzheimer’s and a father’s death by suicide after struggling with schizophrenia. Rust is the color of his hair, the Midwestern landscape of the Rust Belt, the corrosion of American culture. The book grapples with the shadows of human consciousness and brings us into the season of spring, where grief is redeemed through words.

“Rife with mythology, whether it be Egyptian stories about Mother Nut and her night sky of ‘piglets stars,’ or tales taken from the Christian paradigm (and reshaped), Kika Dorsey’s narrative poetry is a surreal dreamscape that is just as grounding as it is visionary. Rust is a psychological journey that carries the reader back and forth from the sea to the desert, and all the while through a complicated maze of time comprised of season, memory, and fevered dreaming; via the lens of the everlasting, Dorsey reminds us that life is temporary, and dares us to go swimming with our own demons.”
–Sarah Elizabeth Schantz, author of Fig

“The lushly lyrical narratives of Rust are, essentially, poems of grief infused with Kika Dorsey’s dreamscapes, elegies that lament on the surface of things, the early loss of the poet’s father to schizophrenia…and the more gradual loss of her mother later to the ravages of a different disease, Alzheimer’s: ‘Her thoughts are the wrinkles of water over a river’s stone’ (‘A Photograph of My Mother’). With Rust, we are in the hands of a poet who writes beautifully about grievous themes, one who has grappled with the shadow side of human consciousness on her own behalf and on ours, and one who offers hope to those who struggle with their own demons: ‘I’ve given birth despite it all to joy’ (‘Tap Me on the Shoulder’).
–Clare MacQueen, editor of KYSO Flash

“Controlled, yet unpredictable. Dorsey mines the unconscious to dispense images that are as vivid as they are inevitable.”
–Junior Burke, author of Something Gorgeous

Beside Herself, Flutter Press, 2010
Beside Herself explores the joy and ache of motherhood and mortality. Kika Dorsey moves us through poems about family to more philosophical work that grapples with an emptiness reminiscent of the Buddhism that influences her, without sacrificing sensual detail. Her poetry embraces the feminine, the landscape of the Rockies, and the body we are destined to shed. 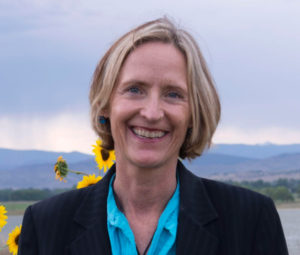 "The rich poems of RUST are a sensory and sensual pleasure." Buy Now